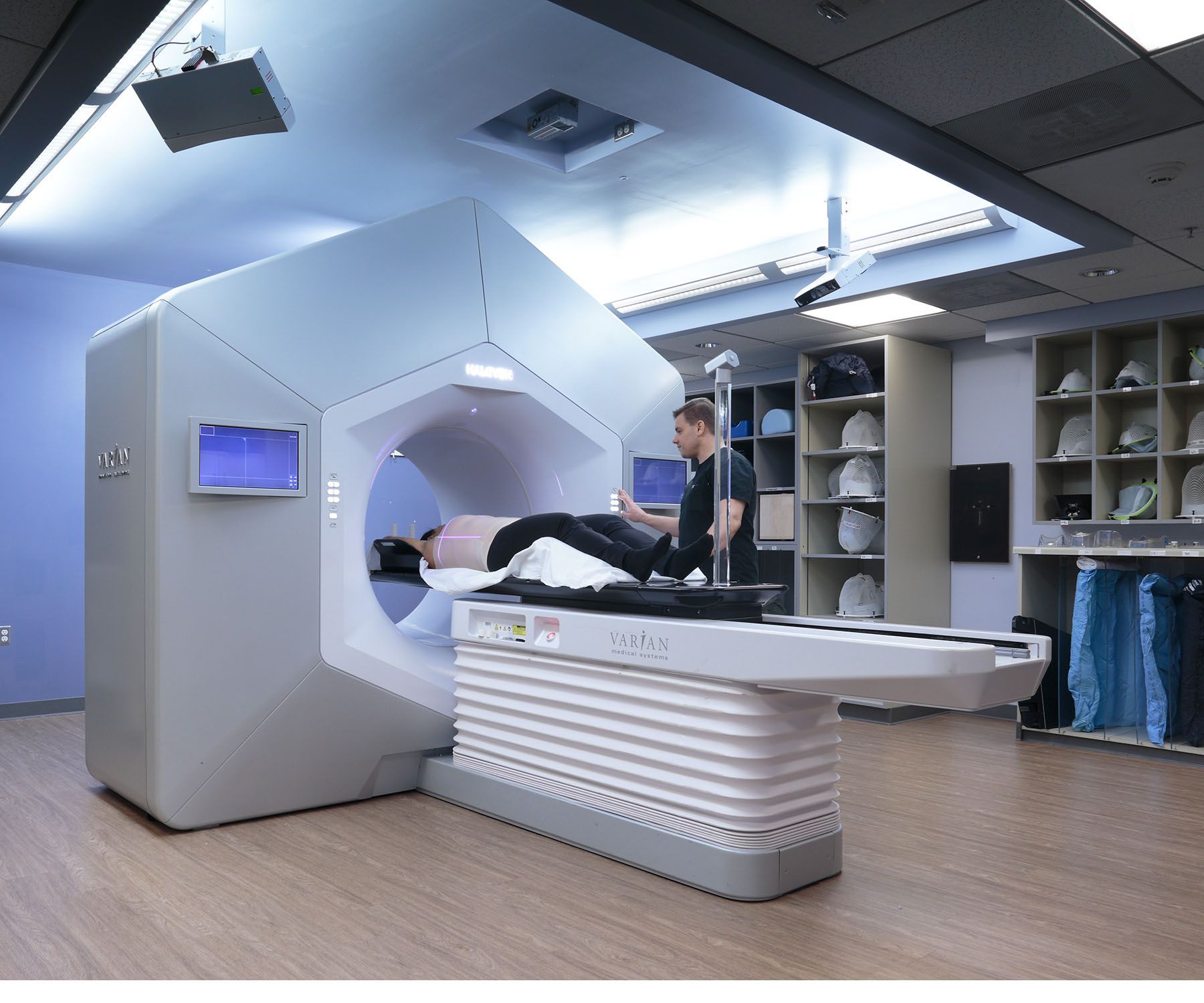 Last month I did a shoot at UCSD Medical Center for VisionRT, a medical device company based in England. They make specialized cameras for radiation therapy medical equipment such as the one shown here. This shoot had its challenges that took a bit of planning to overcome. In order not to interfere with patient's treatments we needed to shoot after hours and within a small window of time. The room was small and cramped and the imaging device huge, as you can plainly see. Being a cramped room, even if I wanted to light it there was no place to place lights without them being seen in the shot, so I went with available light and captured multiple exposures later composited in Photoshop. In addition I did not want the extreme distortion that comes with using a very wide angle lens, so I used the photo merge function in Photoshop to merge together two images shot with lens that did not distort nearly as much as a 14mm or even 24mm wide angle might. Finally, since I was shooting with available light (meaning 5 second or longer exposure times) and they wanted people in the shot, I had to make sure the models didn't move during the many, many exposures taken. But it worked out great, and the client was thrilled!